New Years, Now and Then 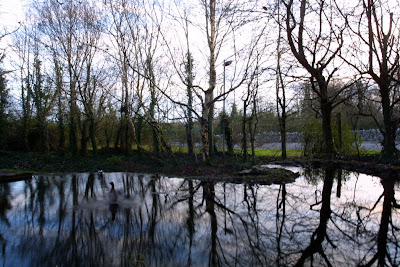 My Manfriend's parents are here for the holidays, and we've been doing the tourist-thang with them in Dublin and now back in our neck of the woods. Yesterday we walked around some castle ruins and a small hobby farm. There was a damp chill in the air and the low branches on the trees made the afternoon feel like a scene from Sleepy Hollow. I like this photo because you can see the duck just starting to take flight.

Whether I like it or not, January 1st brings with it the mark in time, the reflection on the year and years passed. Where was I last year? What was I doing for New Years Eve? Well this year I was in my living room eating filet mignon. Tobie and I capped the evening with some very bizarre UK television specials, including performances by Boy George and George Michael (maybe it was part of their community service obligations...)


A street in Dublin on St. Stevens Day 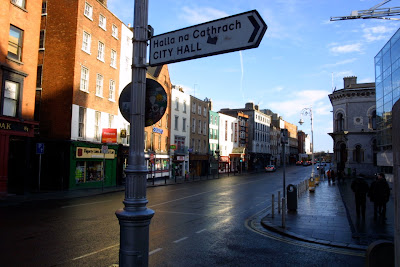 In 2007 I brought in the New Year with John in Morocco. I cannot pretend that I loved every minute of that trip as there were many bumps along the way---lost luggage for 6 days, colder than expected temperatures for climbing, sketchy rooms in Casablanca, roach infested train rides...but John put up with me nonetheless and we had some great times despite the surprises. I thought the contrast in color, cities, food, climate and company from 2 years ago until now was worth posting. 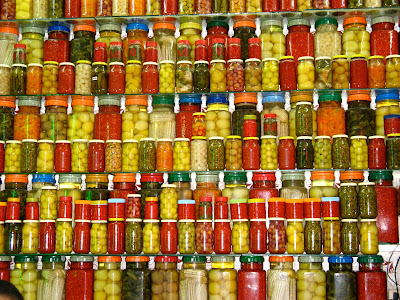 The only day the sooks are closed up and silent. The Feast of Abraham which also happened to fall on New Years Day. 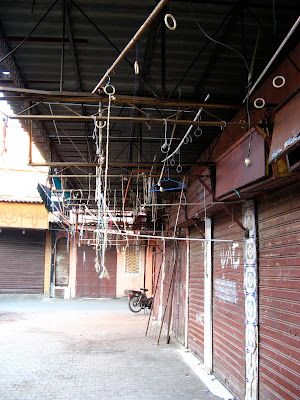 The locals simply referred to it as "le fête" while simultaneously dragging their index finger across the throat. This was usually done with a large grin on the face (making the throat cutting mime that much more disconcerting). They'd excitedly ask us, "What are you doing for the fete???" *slash, slash, slash*.

The fête is a great celebration which often involves the slaughtering a sheep (or goat, etc.) to commemorate the willingness of Abraham to kill his son as it was God's will. Instead--by God's command--he killed a ram. We didn't follow the 'when in Rome' rule on that one but we did enjoy the fireworks and festivities.


A street in Morocco on St. Stevens day. 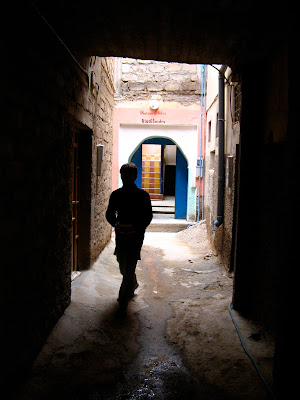