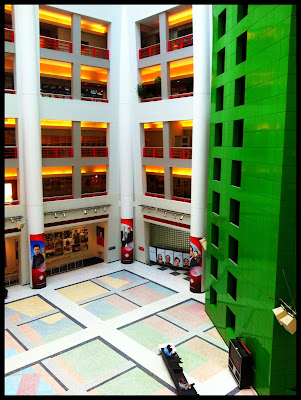 Posted by Albinoblackbear at 11:11 7 comments: 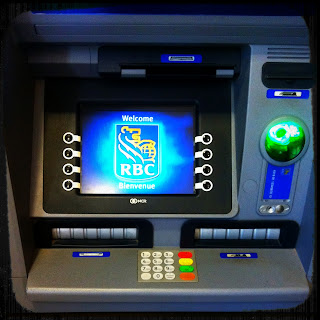 Excuse me while I go and put on a bicycle helmet. Always.
Posted by Albinoblackbear at 14:33 2 comments:

And Now for Something Completely Different...

I am waiting to fly across the country (from Pacific to Atlantic) to get ready for my next elective.

Spent my week between gigs trying to cram in as many visits as possible with family, friends, fine dining establishments, and watering holes. More often seeing many people for too few minutes. Soaking up cuddles and Champagne wherever I could. Though I am looking forward to this next experience I am tired from living out of two very heavy suitcases and sleeping in a different spare room every night. (Don't get me wrong, I LOVE that all my friends are grown ups now and actually have spare rooms...) 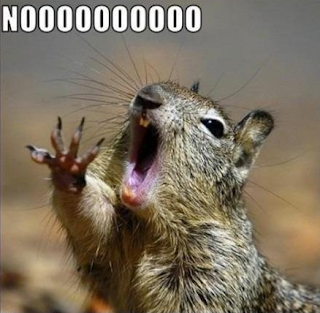 It is going to feel a lot like when I was in Asia, circa 1999...walking the streets hoping to find an internet cafe that doesn't smell like body odor. In other words, I am apologizing in advance for not replying to emails, sending tweets, blog posting, or being on skype. I am sure I'll have plenty of time to catch up as I doddle around Ottawa for a week waiting to fly back to Ireland on the 27th.

Enjoy the sun (but not too much).

Yours in interweb withdrawal...

*My designation, not his.

Feels like I am back to my nomadic travel nursing days. Once again living out of suitcases and buying tinned fish and microwave meals to avoid over-using kitchen spaces. I had to chuckle when in one day I received emails from several different people all with the same subject heading "Where Are You??". My friend Kara says she has a separate page in her address book just for me. The phone numbers and addresses have changed so many times that she's erased through the paper in some places. I think I have "Z"  all to myself.

I've been planning to spend a few days on the west coast but hadn't quite nailed down when I'd be in specific towns. Kara knew when to expect me (roughly) so I called her yesterday to firm up when I'd be arriving at her house. I had forgotten that I was calling from my friend Erin's American cell phone.

"Sorry I haven't been in touch this week. It's been really crazy and my phone doesn't work outside of the major cities because I am on a crap network--".

"I am in Squamish! I was thinking of coming to your place....tomorrow?"

"You are in Squamish? Really? Because your phone number says Idaho and if there is one person in the world who could plan on being in the lower mainland but end up in Idaho, it is you."

I think I am going to take that as a high compliment, a reflection of my fly-by-the-seat-of-my-pants-wanderlust tendencies which I often think have long faded away.

Posted by Albinoblackbear at 12:22 No comments: