I Wonder If I am Cut Out For This 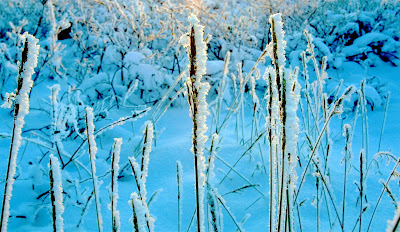 I was putting off writing about him as every time he crossed my mind, my eyes would involuntarily well up and that lump in my throat would appear.

Now as I sit to write the kilometers are stretching out between us and it has been days since I held his tiny hand in mine. Or rather that he spun his misshapen fingers around mine, holding my index in his soft grasp. I could feel the tiny nodules that marred every joint on his underdeveloped body. I was afraid of putting too much pressure anywhere that would invoke pain. I handled his body like he were made of blown glass. Unlike his mother who dragged him in to my office, her arms encircled under his armpits, the rest of his body hanging awkwardly as she walked forward. Her body banged into him with every step.

He wasn't diagnosed with the congenital disease known as Farber's Syndrome until he was three years old, which was long past his life expectancy. Born to a mother who was 14 and looked like an emaciated 12 year old. It felt perverse imagining Paulassie's conception. Her expression shifted from vacant stare to passively disinterested. She was there, but not really. I wondered about fetal alcohol effects when I spoke to her. So instead I addressed Paulassie's grandmother, who seemed to be not only the primary care giver, but also the only wage earner in a house that supported six people.

His disease was essentially autoimmune, like asthma or arthritis. So few cases documented even the massive search engines online turned up only vague references to the disorder or obscure articles in foreign medical journals. Their bodies bent on destroying their own tissues so efficiently that the children rarely lived past 6 months. Their swallowing mechanisms were faulty resulting in many pneumonia's due to aspiration, their eyes were affected by severe astigmatism which made vision nearly impossible, and their joints would be covered in painful nodules which deformed them beyond function. Their larynx also suffered degeneration which caused these babies to have a distinctive hoarseness. The part that I wished I didn't know, was that when these children died and their brains were autopsied it showed that most had entirely normal brains. Thus many live with cognitive functioning that remains untouched. They are tiny creatures trapped inside a ramshackle body, minds intact.

And so there he was in my office that day. His eyes moving back and forth so quickly that it was obvious that he could not be focusing on anything, any attempt to do so was futile. He had a cough that shook his entire body but he lacked the ability to expel the phlegm which rattled his chest with each breath. He seemed listless but alert. A vulnerable little being on the stretcher. I examined him and shuddered at the sound produced by his lungs, causing me to reflexively clear my own throat.

At first it seemed to me to be a routine examination of a handicapped child who had a nasty lower respiratory tract infection. I spoke with his Grandmother about the importance of thickened fluids, his antibiotic regimen, antipyretics, etc. It was the end of the day and I was anxious to take my long overdue lunch break. What more could I do? I didn't know anything about this disorder except what was outlined in his care plan. I was hoping this visit was almost over. His Grandmother remained still. It became evident that she was not ready to leave.

Then she mentioned their last trip to the Sick Kids hospital to see a specialist, it became clear to me that there was a bigger question in front of us.

At age 4, Paulassie had long outlived other children suffering the same disease. At some point there would be a mark of deterioration, a place where the medical care would shift from multi faceted to palliative. But we didn't know when the point was going to be.
He had been ill for several weeks now, the last course of antibiotics seemed to only marginally improve his health. Yes, it could be viral, but it could be worse than that.

As his Grandmother spoke of their trip South, she told me she would never return Paulassie to a specialist again. "He never treated us like we were people, he never shut the door to his office when he looked at Paulassie, he started doing something on his computer and ignored us." By the end of her remarks she was crying. She was a proud Inuit woman, one of the leaders in this community. A respected Elder. She supported her children, husband, and handicapped grandson. I couldn't help but wonder what the eyes of the specialist saw when he looked at her, or her grandson. Perhaps he thought she didn't understand the situation, that she was simple. How could he explain to her the complicated nature of Paulassie's disease, the likely outcomes? So why bother? Her English wasn't impeccable but I was sure his Inuktitut would have been pathetic.

Maybe it was he that didn't understand. That when you raise a child that is in pain, deformed, and requiring care 24h a day you understand the situation on levels than can never be expressed in any language. Dissected by any specialty. You understand that your own heart aches with such heaviness you dare not even hint at it's weight, for if you did you would surely buckle under the burden.

And so it was there in my gray office, as the snow swirled outside and the wind howled, she asked me without saying a word--was this the beginning of the end? And without making a sound I replied--I don't know.

Paulassie smiled and stroked my finger with his own. He twisted his face toward the voice of his Grandmother while we spoke. I looked down at this sweet natured little being who knew not what was spoken, and what was being left unsaid.

Now the tears simply rolled down her face as she tried to convey her fears and her love for Paulassie. Struggling for words she dropped her hands in defeat,

Perhaps all that I learned that day has yet to be revealed to me. What I carry now is an attempt at understanding where people are 'coming from' when we see them out of context in Big Hospitals. Here to see The Specialist. For some it is a journey of 1000km, a language barrier, and a claustrophobic city full of strangers. Unfortunately we can never know where people are truly 'coming from'. Yet I think it is something to consider. Sometimes we can't know that when skimming over a respiratory illness in a small child, we may be holding someone's heart so delicately in our hands.


Since I have made my initial blog private I will be bringing over some of the medical posts from there . Sorry for the redundancy to those of you who've been reading since way back when I was an Arctic traveler. If you'd like to have access to ohtanninbound just drop me an email (address on my profile page). Cheers and Happy New Year!

There will always be times that words seem to small to express the emotions that we sometimes feel towards our patients or the answers to their questions. Recognizing that is the difference between the good medical professional and the bad ones. You empathy is what will make you one of the good ones.

Just the fact that you were able to so eloquently and beautifully express the pain that family must have been experiencing makes me think that you are definitely cut out for this.

MLee--I agree. I have often heard co-workers say "everything will be okay" or something like that. I cannot give people false reassurances because I think it will make them 'feel better'.

As hard as it is, sometimes silence is what patients really need. Because really what can you say when someone's grandchild might be dying?

Maha--Thank you. As you know, it's all a work in progress.

Oh, "he is my heart." That breaks my heart. Everyone needs to be seen, and sometimes we are just there to testify to our shared humanity. Beautiful.

Yes, that was the main point I was hoping to illustrate. Glad it didn't get too buried under the ramble. Cheers for that.