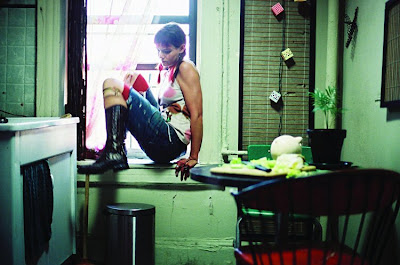 As many of you may or may not know, this weekend is Canadian Thanksgiving. My housemate decided that we were going to organize a massive turkey dinner in our residence common room. Somehow I was coerced convinced to make stuffing, stuff the turkeys, and organize the surrogate ovens around campus that we'll be using. It is going to turn into a gong show with Pieces of April proportion I am sure.

The residence manager has been a star with regards to the event, she even donated 100 Euro towards the food and wine. There are about 50 people on the guest list now and I can't help but wonder what the hell I was thinking when I figured it was a good idea. Well it'll be epic I am sure, either an epic failure or success...but I don't think anything in between.

In fun and random news...Anatomy on the Beach is coming up with another Canadian classmate for the weekend! We met last December when I went down to the Caribbean to check out his school. It was a great time and I couldn't help but have a chuckle over the fact that it was our blogs that caused our worlds to collide. Anyway, we've since kept in touch and decided that Thanksgiving was a perfect excuse to meet up again since now we're both strangers in a strange land (he's in the UK now).

I promise to take photos and give a play by play of how it all went.

For my Canadian brothers and sisters--Happy Thanksgiving!!
Posted by Albinoblackbear at 10:36

It looks like you need to put out an album of music to go with the picture. Something along the lines of Shivaree or Poe.

Just keep it at 60 degrees until Sunday night and you'll have a combination school project and excuse to be absent for a bit.

Rogue---It would be quite the elaborate ruse if I was indeed just fibbing about being in medical school! :)

I actually am a pretty decent cook but putting my creations at the mercy of an oven is just something I don't do very often so it is always a pleasant surprise when things turns out as they should. Anatomy is in charge of gravy so that takes some pressure off.

Happy Thanksgiving from Tenerife fellow Canuck!
I'm giving thanks for the tan, and the epidemiology homework I'm supposed to be doing.
Sending big love, I'm sure your shindig will be a whopping success. Are the Barcelona's providing entertainment?