I Can't Pronounce The Tallest Mountain in Ireland...

But I can climb it!

It's called Carrauntoohil and it is just over 1000m/3400ft tall. A small herd* of us took Sunday off and drove to Killarney, near where the mountain is located.

The beginning was a boggy adventure of slew dodging. My runners were dry up to about 1ms after these photos were taken.

So we waded through the marsh with high spirits and soggy footwear. Not exactly rain, more like an Irish mist covered us initially. 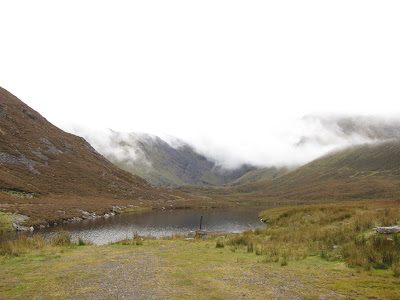 As we ascended we got more and more into the clouds. 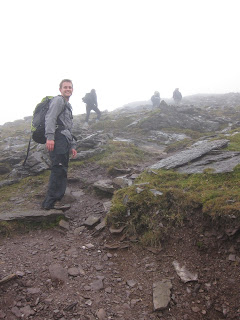 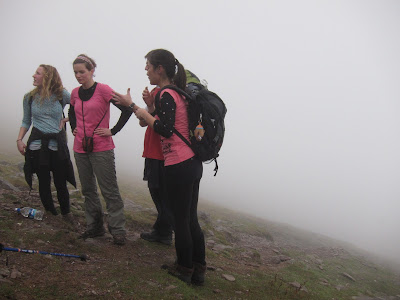 Well at least we knew which way was up! 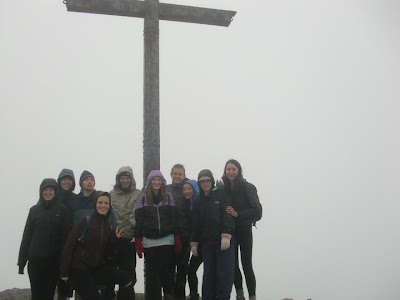 We eventually got to the top...and enjoyed a nice leisurely lunch while admiring the views. *cough*
And then the rain and wind really decided to remind us that at all times,  Mother Nature is boss.
But as we descended the clouds began to lift and our efforts paid off.
Beautiful vista's opened up and the hammering on my knees became a little quieter. 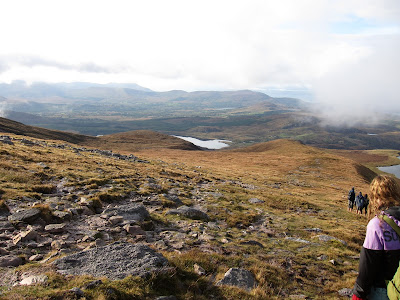 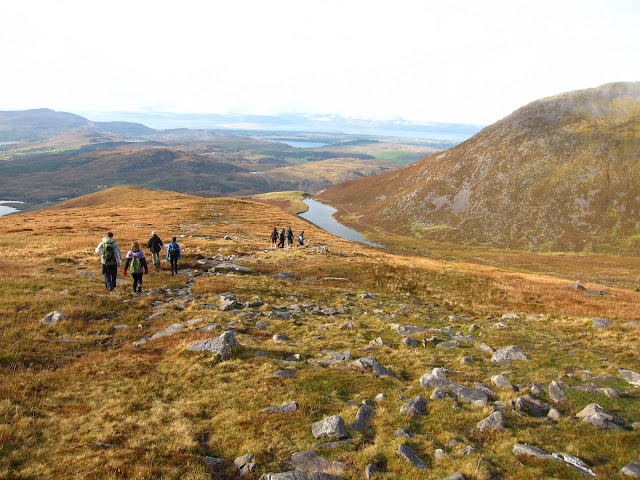 Despite walking like a pirate with two wooden legs afterwards, and completely bog-destroying my sneaks it was well worth it to get a little air in my bones. I miss the mountains so much, it was a nice little re-acquaintance weekend.

*What is a gang of medical students called? A "mensa of med students"? A "herd of nerds"? A "gaggle of geeks"? A"swoop of stress-balls"?
Posted by Albinoblackbear at 03:31

Looks like fun! I wish I'd done more stuff like this while I was doing the pre-clinical years.

I guess it's all relative to the area, but is the tallest mountain in Ireland about the average height of all the land in British Columbia?

I know u are in Ireland...but the mention of missing the mountains reminded me of this Timmies ad...

Looks beautiful. Hopefully I will get to visit the land of my Father.... :)

way to rock the knee high gaiters and water-absorbent running shoes through the bogs!

I think you are a swarm of shwarma's.
or something.
Looks like fun!!!