The Griswolds Meet Pieces of April

Somehow the post I wrote about our family Christmas was lost to the binary blinkings of blogger. This displeases me greatly as of course I am quite sure that it was the most delightful post I've ever written (probably not). So now, in its place I will make a quick summary the first (of two) family Christmas dinners.


It started with (what I refer to as) The Griswolds meet Pieces of April Christmas. 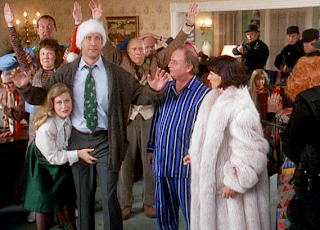 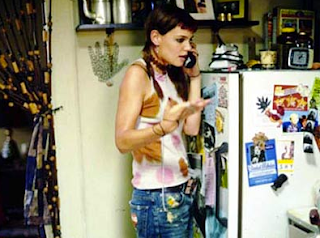 We had a major power outage the night before and day of our planned family Christmas feast. In fact, not just our house, but the entire neighborhood. This resulted in my mother and sister kicking into full food preparation RED ALERT. Driving across town to several surrogate ovens and bringing back cooked dishes wrapped in tea towels and hoisted into coolers. Meanwhile my brother in law bought dozens of electronic tea lights, large candles, and industrial flashlights to illuminate the house. We tried to strategically place the various beams (including one shining directly on the darkened Christmas tree).

Regardless of the electricity situation, the food was fabulous thanks to the industrious problem solving skills of my sister and the fact that she has a gas stove (no Christmas feast would be right without steaming sour cherry sauce for the pork and hot gravy for everything else). Despite being in the dark things maintained a degree of normalcy, the adults ate too much and the teenagers texted too much. We drank wine, opened presents, and enjoyed having (almost the entire) family together for the first time in ages. I have to admit, being home for Christmas for the first time in 9 years has made me very excited at the prospect of being back in Canada. As much as I love Ireland and all the adventures I've had, there is something to be said about being home, in the dark, with my crazy family.