I probably shouldn't speak ill of profs at the school but today's clinical presentation on catheterization was beyond the pale.

Ok, I can forgive the demo going from sterile, to clean, to downright kidney failure dirty. After all, when you are explaining something it is hard to remember which gloves you had on when you were manhandling the penis, or whether or not you grabbed the cath with the same hand you opened the lube with.

But I have to draw the line at taking the giant tube of opened lubricant, inserting the end of it into the male urethra, squeezing, then milking in it's contents.

No. That is not on. Not only have you contaminated the lube, you've completely creeped out the patient with a medical hand job. 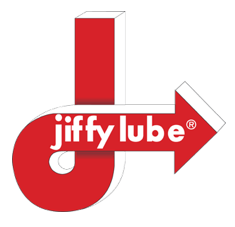 This demo was done for a group of students, most of whom have never seen a catheter, or a urethra, or a patient. I shudder to think of what will happen the first time they perform this on a real person.

And something I found out today in this alternate universe: in Ireland, nurses don't perform male catheterizations because it is "much more difficult" and "more likely to cause harm" than catheterizing females.

In 5 years of nursing I've only had to call a urologist once to cath a male but I can tell you that several female jobs have required 3 sets of hands, supporting structures, 2 flashlights, several foleys, rappelling rope, and a walkie-talkie system.

Still shaking my head on that one.

I'm going to retire with my previous google search now.

Email ThisBlogThis!Share to TwitterShare to FacebookShare to Pinterest
Labels: Are You Kidding Me?, nurse-to-doctor, procedures, Year 2, YIKES

awesome...just awesome! Sometimes you feel like you're selling yourself to become a doctor, in Ireland they teach you how to sell yourself.

I have never in 35 years of nursing EVER heard of anyone doing that!

My jaw dropped to the floor.

I can't believe that anyone would do what that prof did...i also hope the tube wasn't saved for the next patient... :^O

And what's with the penis in Ireland that a female nurse isn't able to catheterize? I have yet to damage any male.....

I would go as far to say that the prof did more damage than any nurse could - I guarantee...

At least with the man, there's only one hole, so there's none of this catheterizing the vagina business that is known to happen with the ladies. Of course, one can't really HARM a lady by catheterizing her vagina, unless you fail to get a new cath after said failure..... Not like squeezing a tube of lube up someone's urethra might.

Its time like these that make me appreciate my 'urethra finding skills' ;)

But eww, that sucks for the poor dude who had to suffer through that event.

Remind me to never, ever need a catheter the next time I'm in Ireland. I feel physically sick thinking about that...

It's a little scary that the person demonstrating was not embarrassed to demonstrate his/her sloppy technique in front of at least one known nurse in the crowd.

Maybe there's a reason why at my school we learned catheterization skills from a NURSE in a simulation lab. Then when I started rotations I learned again from a NURSE in an OR. Both were crystal clear about how to maintain sterility with each step, which isn't necessarily intuitive even though it makes perfect sense.

I just felt the need to comment on your understated but hilarious choice of graphics.

OMFG!!! that's just all sorts of wrong! And ditto on having to need a team for some female caths.

I think that it is really sad that medical staff become desensitised to the procedures they perform. What's worse is that the fail to recognise the principle of individuality: all patients are unique and one - so applying the term 'routine' doesn't really aid in anyone's comfort.

The good news is that there are people out there like yourself who care and, at some point, you will stand up to incompetence without having to worry about your career security. It really is sad how the world revolves sometimes.

Aye Carumba! Having inserted a few catheters in my time I can say that a no point should *milking* a penis occur.

In defence of MD's, I learnt some of the most important catheter-related knowledge I have from a urologist. Perhaps most importantly, what to say whilst you're holding another dude's junk waiting for the local to take effect.

Caths are one of the scariest things ever to happen in the world (in my opinion). I had to have emergency surgery a few weeks ago and was told all of the surgical risks, anesthesia risks, blah, blah, blah and when they asked if I had any questions, all I could think of was "how much is this whole catheter thing going to suck?" Thank God, I was already knocked out before they started messing around with my parts.

I've had trouble with one male cath so far, and that was because he was so swollen down there that I couldn't even retract the foreskin far enough to visualize the urethra. Most men are a straight shot, no question about it. But women? Hell, every time I get an order to cath a woman I anticipate a whole new adventure in anatomy!

It is a bit bizarre over here, and in Australia as well. When I work here (UK) or when I was over in Oz, it was me or the surgeons who did all the male cath's. I think its some weird sort of reverse sexism thing, veiled as a non-empirically proven difficulty challenge issue. Or maybe it's just because sensitive and delicate lady nurses can't *handle* male genitals without being overcome. It's a mystery to me. Similar to female catheterization.. I usually bring three with me, just in case. I've added catheterization as a no-go on my advanced directive thanks to your post. :P

Umm...ew, ew, ew to how the lube was used in this demonstration. I'm definitely envisioning a bunch of confused students trying to replicate this on their first patients. LOL. Fail!

That's shameful! And very odd about Ireland and male caths. Straight shot and one hole as others have said. Whereas on my floor I know several nurses who say that when they're performing female caths they just "close their eyes and try to throw it in there"! Ack! Which is why I find myself saying, on a near-daily basis, "people, it's all about visualizing the urethra".

Late to the comments game, but as a surgical resident who spent a month on a urology rotation, this is one of their tricks for getting in difficult male catheters--lubricating the urethra rather than just the outside of the catheter (however, there was no milking involved fo' sho').

I was the first line of defense for difficult foley calls, and me + lidocaine jelly in the urethra + Coude catheter = 100% success rate.

I've probably inserted 15 male catheters in my training, compared to much more experienced nurses, so it was some combination of the two elements that led to success (me not being on of them).

Good luck with the rest of your year! It will continue to get better from here on out.